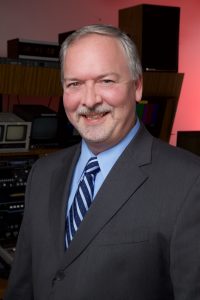 Emmy Award Winning Host/Producer Todd Blackstock has been with The City of St. Louis Communications Division since 1997. He started as “Co Anchor” on the news program City Edition. He has broadcasted, hosted, written and produced hundreds of programs for STL TV. His talents garnered an Emmy for the “Best Sports Program Midwest” in 2003. He has also won many Telly Awards for his work on Inside Sports, In Your Ward, and City Corner.

His passion as a sports broadcaster has afforded him the opportunity to serve as a play-by-play commentator for the St. Louis Surge women’s basketball team and The St. Louis Attack indoor football team. His crew was voted, “Best Broadcast Team” by the X-League in 2014.

Blackstock is a graduate of Parkway West Sr. High in Chesterfield, Mo, and received his Bachelors Degree from Southeast Missouri State University.