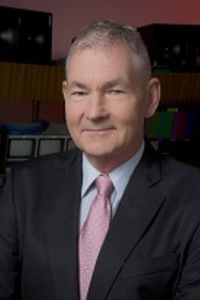 Steve Potter began at the former CITY 16 in the Spring of 2001 and serves as a host and producer for City Corner. He is also part of a duo, partnering with Debbie Monterrey, co-hosting Saint Louis Presents, a weekly current affairs show that introduces people who are making a difference in St. Louis.

Steve has worked in radio broadcasting since 1983 and currently can be heard weekday afternoons on St. Louis Public Radio.

Steve was born in St. Louis and has a degree from Missouri State University.