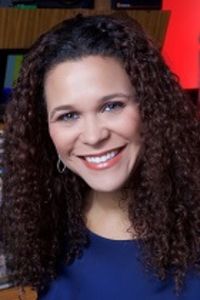 ​​​​Sarah Thompson is a three-time, Emmy® Award-winning TV producer, reporter and host. She received two Emmy® Awards for her arts/entertainment stories, and received the other for producing/directing a PSA commercial campaign that included the St. Louis Rams and St. Louis Blues.

Sarah has been a producer and host with STL TV for the past 10 years. She is the weekly host of STL TVs “STL Live” and the host/producer of the monthly show “City Corner.” In addition to her work with STL TV, she is also the weekly on-air events contributor for KMOV’s “Great Day St. Louis,” and freelance produces and contributes to other local stations and projects.

Outside of her TV work, Sarah is a PR, marketing and communications specialist, working in the agency world and independently for more than 12 years.​