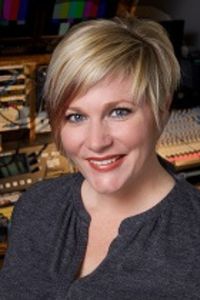 Ivy Hartman started at STL TV as co-host of St. Louis’ only one-hour live television show, Best of the STL. She has since hosted City Corner and the revolutionary show about domestic violence and sexual assault, Pathways to Healing.

Prior to moving to St. Louis, Ivy worked as a news producer and reporter at the ABC affiliate in Columbia, MO. She holds degrees from Stephens College in Columbia, MO and California State University.

Despite being a California native, Ivy’s heart is in St. Louis, not in San Francisco (as the song goes). Working for STL TV has enabled Ivy the opportunity to work with some of the City’s most remarkable people and experience St. Louis in a truly unique first-hand way.