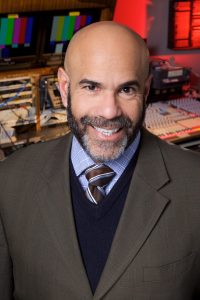 In 2001, Gilberto Pinela was introduced as the host of Ahora San Luis, the first program dedicated to the Hispanic community, produced by STL TV. The variety/talk show aired on STL TV for several years, bringing news and interviews of significance to both the Hispanic and non-Hispanic communities.

Gilberto went on to become co-host of the mainstream variety, talk and entertainment show, Best of the STL.

He hails from Puerto Rico and is fluent in both Spanish and English. His interests are wide-ranging, including radio, television, acting and dancing.