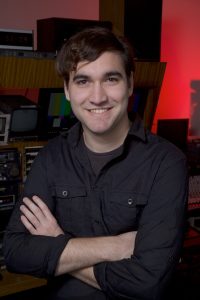 Ben Province began hosting for STL TV during the first season of Show Me the Music in 2013. In addition to hosting, Ben edits and produces Show Me the Music. He also serves as member of the production crew for other STL TV programs.

Appropriately, Ben is an avid music listener, and enjoys singing, songwriting and playing guitar as well.

The St. Louis native graduated from Missouri Baptist University with a BA in Communication Studies in 2013.

Ben enjoys the freedom of creativity at STL TV, and hopes to continue to grow as a communicator.