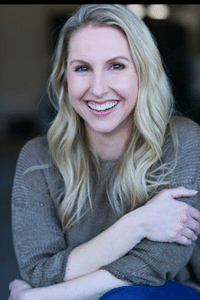 Angela Hochman is a St. Louis native, who worked extensively in the Chicago and LA markets before returning home.

In addition to coaching actors, she works on camera in commercials, films, tv hosting, and occasionally lends her voice in radio spots and the recent release of a sci-fi audiodrama.

Angela is currently hosting two shows on STL-TV. One is a talk show in pre-production called “What’s the 314” that highlights creative and positive people in St. Louis. The other is the interactive cooking show called, “In the Kitchen” showcasing the diverse culinary scene in St. Louis.