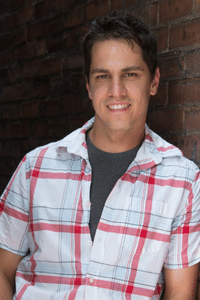 Andy started at STL TV as an intern working on the show,. “Where’s My Coffee Intern?”, where he performed on camera, editor, and camera operation.  He continued to intern at the station until he was hired to host “The Daily Mix.”   Now, he helps the station in a variety of ways from editing, camera operation, talent, and crew in studio recordings.  A St. Louis native, Andy has been involved in television and radio work his entire career, working in many roles in production, traffic, and operations.